UN chief Antonio Guterres on Sunday called on Armenia and Azerbaijan to respect a new ceasefire and condemned attacks on civilians in fighting over the disputed Nagorno-Karabakh region.

Guterres singled out one of the deadliest attacks on civilians so far, when a missile hit a residential area of Azerbaijan’s second city Ganja on Saturday, killing 13 people including children.

Armenia and Azerbaijan had agreed to a truce starting at midnight, but they each accused each other of violating the ceasefire on Sunday.

“The tragic loss of civilian lives, including children, from the latest reported strike … on the city of Ganja is totally unacceptable, as are indiscriminate attacks on populated areas anywhere,” said a statement from the UN secretary-general’s spokesman, Stephane Dujarric.

“The secretary-general notes the latest announcement on the start of the humanitarian truce on 18 October and expects both parties to fully abide by this commitment and resume substantive negotiations without delay.”

Where Russia, Turkey, Iran stand in the Armenia-Azerbaijan conflict

Azerbaijan says it hit a missile launch site in Armenia

Azerbaijan and Armenia have been locked in a bitter conflict over Karabakh since Armenian separatists backed by Yerevan seized control of the mountainous province in a 1990s war that left 30,000 people dead.

The region’s declaration of independence has not been recognized by any country, even Armenia, and it is still part of Azerbaijan under international law.

The fighting that broke out three weeks ago has been the heaviest since a 1994 ceasefire and has threatened to draw in regional powers Turkey, which backs Azerbaijan, and Russia, which has a military alliance with Armenia. 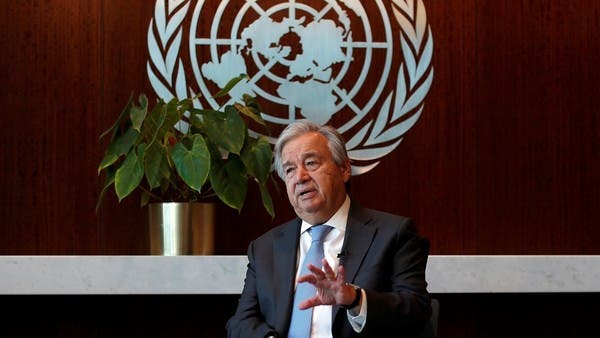