Thousands of Turkish lawyers protested outside Istanbul’s main courthouse on Tuesday against a government plan to reform bar associations, saying it aims to silence dissent and will lead to politicization of their profession.

Under a draft law presented to parliament on Tuesday by President Tayyip Erdogan’s ruling AK Party, multiple bar associations could be formed in each of Turkey’s provinces. Only one is currently allowed per province.

AK Party lawmaker Cahit Ozkan told reporters the bill was needed because bar associations were no longer able to function properly following a 13-fold increase in the number of lawyers in Turkey since the existing law firstcame into effect.

New lawyers would now be allowed to register with any bar in the province, according to the draft law.

The protesters say it is an attempt to dilute the existing bar associations, which have emerged as leading critics of the Erdogan government’s record on the rule of law and human rights.

The associations say the judicial system has descended into chaos with lawyers jailed, defenses muzzled and confidence in judges and prosecutors destroyed.

“Lawyers being registered with different bars will lead to division. Lawyers will be classified according to their bars… We think there are serious dangers,” said one lawyer at the protest who declined to give her name.

Mehmet Durakoglu, head of the Istanbul Bar Association, said his association would continue to fight against the bill, even though it is likely to become law given the majority that the AK Party and its nationalist MHP allies have in parliament.

“We will use our democratic rights to the end so that (the bill) does not pass,” he told the protesters. 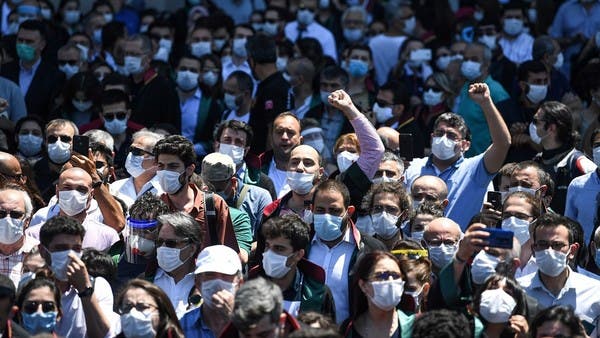 Coronavirus: China to gradually phase out sale of live poultry at food markets

Sport neroo news - 4th July 2020 0
Liv Morgan and three other female Superstars had gone on a boat trips days before the testing Liv Morgan is a former member of the...

Speculation on the status of multiple WWE Superstars including Liv Morgan...