Turkey’s defense minister and military chief signed a military agreement with the battalions fighting on behalf of the Government of National Accord (GNA) which controls Tripoli on Friday to ensure Ankara’s interests in Libya, sources confirmed.

The sources said that the military agreement guarantees protection of Turkey’s interests in Libya and allows for Ankara’s direct intervention in the country.

Turkish Defense Minister Hulusi Akar and Chief of General Staff Yasar Guler discussed “military and security cooperation” with the head of the Government of National Accord Fayez al-Sarraj and military officials, the GNA said in a statement.

The newly signed deal also includes the establishment of a Turkish military force and base in Libya, the sources added.

US says it will maintain policy of ‘active neutrality’ on Libya

Sources also confirmed that the agreement provides immunity for Turkish forces in Libya against any prosecution and gives Turkish officers in Libya a diplomatic status to ensure their immunity.

The GNA and the Libyan National Army have seen tensions rise in recent weeks after Tripoli-based GNA gained ground against the Benghazi-based forces led by General Khalifa Haftar and backed by countries including Russia and Egypt. 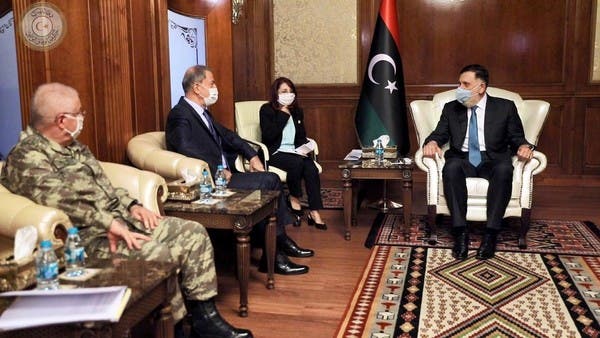