Tatar, who advocates a two-state solution on the divided island, won 51.74 percent, official results showed, ahead of Akinci, who had been tipped to win a second term.

The self-declared Turkish Republic of Northern Cyprus was established after the north was occupied by Turkey in 1974 in reaction to a coup that aimed to annex Cyprus to Greece.

Although the breakaway state is recognized only by Turkey, its elected president is regarded internationally as the Turkish Cypriot leader.

Turnout was 67.3 percent and the result was quickly welcomed by Turkish President Recep Tayyip Erdogan, who had openly backed Tatar against Akinci.

“I congratulate Ersin Tatar who has been elected president… Turkey will continue to provide all types of efforts to protect the rights of the Turkish Cypriot people,” he wrote on Twitter.

In a first round on October 11, Tatar won 32 percent of the vote ahead of Akinci, who garnered just under 30 percent in a field of 11 candidates.

Akinci, who favors a reunification with the Republic of Cyprus – an EU state – had been tipped to secure a second term, having won the backing of Tufan Erhurman, a fellow social democrat.

Days before the first round vote, Erdogan and Tatar at a meeting in Ankara announced the controversial reopening of the fenced-off ghost town Varosha for the first time since Turkish forces invaded the north. 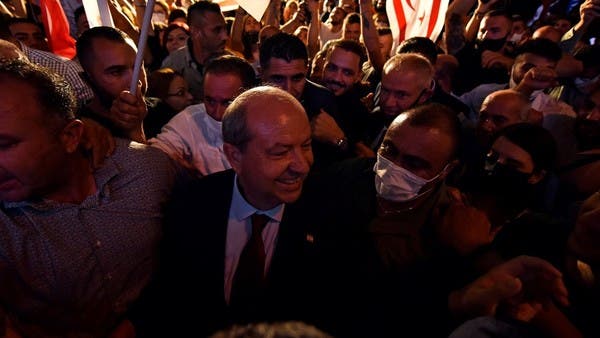