Clemens Tonnies has resigned from his post as Schalke chairman in the wake of controversy surrounding a coronavirus outbreak in a slaughterhouse he part-owns.

Jens Buchta has taken over his role with the Bundesliga club.

Tonnies, who had been chairman for 19 years, attracted criticism earlier this month after more than 1,500 people working in meat processing facility in Rheda-Wiedenbruck – his hometown – tested positive for COVID-19.

The plant is run by Tonnies Holding, a company the businessman owns a stake in, and the outbreak caused local authorities to temporarily close the facility and shut down schools in the area until the end of the month.

The company was accused of not adequately protecting their staff with respect to social-distancing measures, but Tonnies insisted he would not resign his position with the meat-processing business despite accepting responsibility for the outbreak.

Over 1,000 Schalke fans turned up at the club’s Veltins Arena on Saturday to protest Tonnies while the team were hammered 4-0 at Freiburg in the final match of a disappointing Bundesliga season.

Clemens Tönnies has stepped down from his role at FC Schalke 04. pic.twitter.com/CtvXJhTWB4

Fans’ frustrations with the 64-year-old are not new.

The club has been crippled by financial issues, supporters believe their core values have been abandoned and Tonnies himself was embroiled in a race row last year, though Schalke’s honorary board later deemed his remarks were not racist.

Schalke supporters finally have their wish, however, with Tonnies’ resignation confirmed on Tuesday.

A statement read: “Clemens Tonnies was chairman of the Schalke supervisory board for 19 years. On Tuesday (June 30), the 64-year-old entrepreneur informed the association that he would resign from the office with immediate effect and leave the committee.”

Buchta, who was deputy chairman of the supervisory board, has since been unanimously voted as Tonnies’ successor. 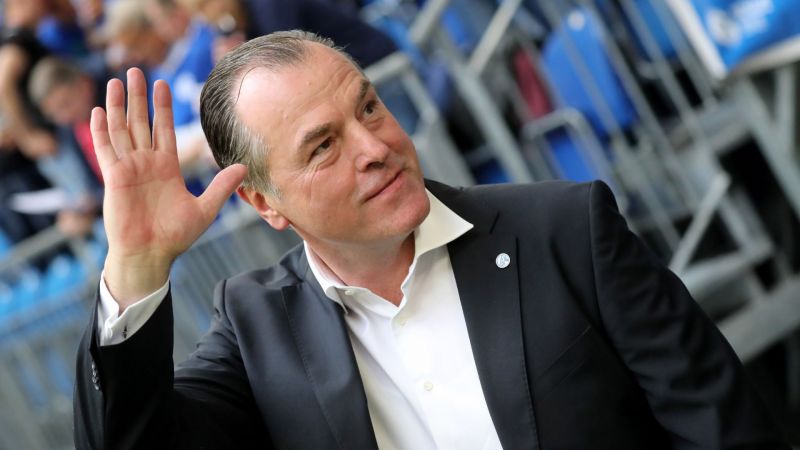