Thousands of people gathered in central Paris on Sunday to pay homage to the teacher decapitated two days ago for showing cartoons of the Prophet Mohammed to his pupils.

Demonstrators held aloft posters declaring: “No to totalitarianism of thought” and “I am a teacher” in memory of the victim Samuel Paty.

On Saturday, a Russian diplomat said that an 18-year-old Chechen accused of the beheading of the teacher near his school in a Paris suburb received asylum in France and had no links to Russia.

“This crime has no relation to Russia because this person had lived in France for the past 12 years,” the spokesman for the Russian embassy in Paris, Sergei Parinov, told state news agency TASS.

French President Emmanuel Macron said on Friday that the killing of the teacher bore the hallmarks of “an Islamist terrorist attack.” 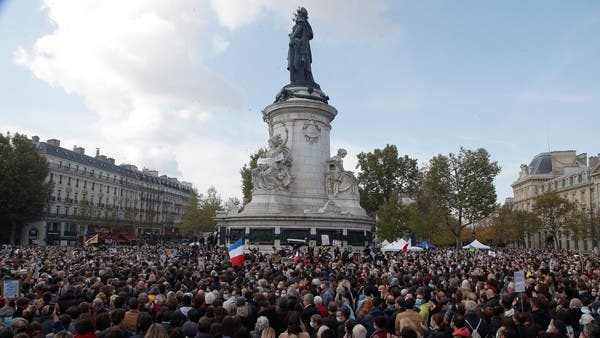