As reported earlier, a lot of major names were absent from last week’s tapings after WWE had conducted large scale testing for the Coronavirus. Some of the names that were absent from the tapings included The Street Profits, Austin Theory, Natalya, and Liv Morgan.

Dave Meltzer of WON speculated on the status of these Superstars and why they likely did not attend the tapings. He had also revealed that some of the active Superstars have indeed been tested positive for the virus.

Speaking about the RAW side of things, here is what The Observer reported:

Regarding The Street Profits, if something happened to one, it would make sense for neither to appear. Theory was not even mentioned on Raw when Seth Rollins and Murphy were on screen. Owens did not test positive and it is well known that he asked off because of family reasons, plus with his wife’s grandfather just passing away from COVID, she was going to be uncomfortable with the situation, which is just natural. Owens was expected to be at the 7/3 tapings. It’s also known that Natalya did not test positive but was taken off the show because her husband, producer T.J. Wilson, was sick on the day of testing and even though he also didn’t test positive, when he was sick they took her off the show.

Meltzer also noted that Lana was the only one of the four women who had gone on a boat trip together just days before the COVID-19 testing who showed up on television.

Morgan, Rose, Deville and Lana were all on a boat trip together days before the testing. Lana was the only one on television.

Liv Morgan had returned to WWE as part of the Rusev-Lana-Lashley storyline but after a brief feud with Lana, she was not used prominently.

WWE had been teasing a reunion between her and Ruby Riott over the past few weeks. But with Morgan absent from RAW this past week, it remains to be seen where WWE will head with this story.

Do you think Liv Morgan should team with Ruby Riott again? Let us know in the comments section. 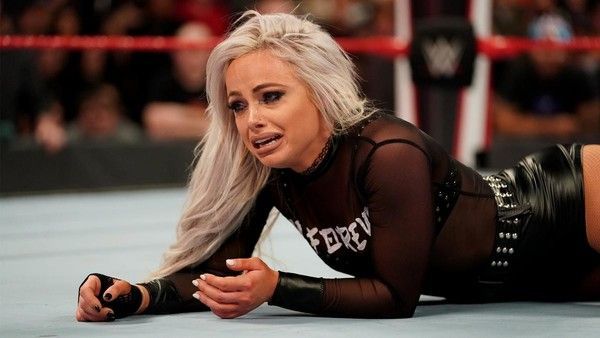