Saudi Arabia’s Minister of Foreign Affairs Prince Faisal bin Farhan received a phone call Wednesday from his Russian counterpart, Sergey Lavrov, in which they discussed the ongoing work of the G20 countries, according to the Saudi Press Agency (SPA).

During the phone call, the Saudi and Russian foreign ministers discussed bilateral relations between the two countries and ways to support and strengthen them in various fields.

According to SPA, Prince Faisal and Lavrov reviewed the efforts of the Group of Twenty (G20) countries within the work schedules proposed by the Kingdom, holder of the G20 Presidency in 2020.

The G20 is the premier forum for international economic cooperation, according to its official website. It brings together the leaders of both developed and developing countries from every continent.

The foreign ministers also discussed the latest developments in the region during their phone call. 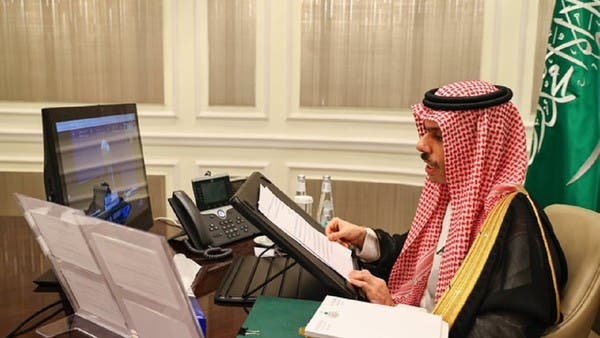 US threatens Baghdad with sanctions over Iran-backed militia attacks in Iraq: Sources