Andre Agassi reached plenty of milestones in his illustrious tennis career and the eight-time grand slam champion had another to celebrate on Wednesday.

The legendary American has turned 50, which is hard to believe as it does not seem long since he was gracing the courts as one of the great crowd pleasers.

The flamboyant former world number won all four majors before retiring at the 2006 US Open.

We reflect on the former world number one’s grand slam triumphs and wish him many happy returns.

HBD to a legend.

It was the unlikely setting of Centre Court where the Las Vegas native’s major breakthrough came.

Agassi’s early successes were on hard and clay courts, but he came from behind to beat Goran Ivanisevic in five sets to be crowned Wimbledon champion at the age of 22.

Still sporting long flowing locks that he later revealed to be a wig, Agassi became the first unseeded champion since Fred Stolle back in 1966 with a straight-sets victory over the German.

He started the 1995 season on a high note, moving just one title away from completing a career Grand Slam at Melbourne Park.

Injury and personal issues led to a fall from grace for the sporting icon, who plummeted to 141st in the rankings.

You cannot keep a good man down, though, and he became only the fifth of eight men to complete a clean sweep of majors by coming from two sets down to beat Andriy Medvedev in the final at Roland Garros 21 years ago.

The date was 6 June 1999 and after an epic five-setter, Andre Agassi had achieved what he had believed to be the impossible: winning Roland-Garros.
Happy Birthday @AndreAgassi | #rolandgarroshttps://t.co/X8p6naLzlM

A second US Open title followed in the final major of 1999, a golden year for Agassi in which he started dating Steffi Graf – whom he married two years later.

Agassi got his hands on the Australian Open trophy for a second time five years after his first triumph in the opening major of the season.

The top seed dethroned defending champion Yevgeny Kafelnikov in four sets in the championship match. Agassi would have held all four grand slam titles at the same time if he had not lost to Sampras in the 1999 Wimbledon final.

He was also the master in Melbourne 12 months later, proving to be a cut above Arnaud Clement.

Frenchman Clement was unable to live with a relentless Agassi, who was in seventh heaven after easing to a 6-4 6-2 6-2 victory.

Agassi withdrew from the 2002 Australian Open due to a wrist injury, but he was back to regain the title a year later.

He lost just five games in a one-sided final versus Rainer Schuttler, winning what proved to be his final grand slam title at the age of 32.

Icing on the cake @AndreAgassi racked up four #AusOpen titles, the last of which came under the guidance of Aussie coach @darren_cahill. pic.twitter.com/ztO5ug4fq8 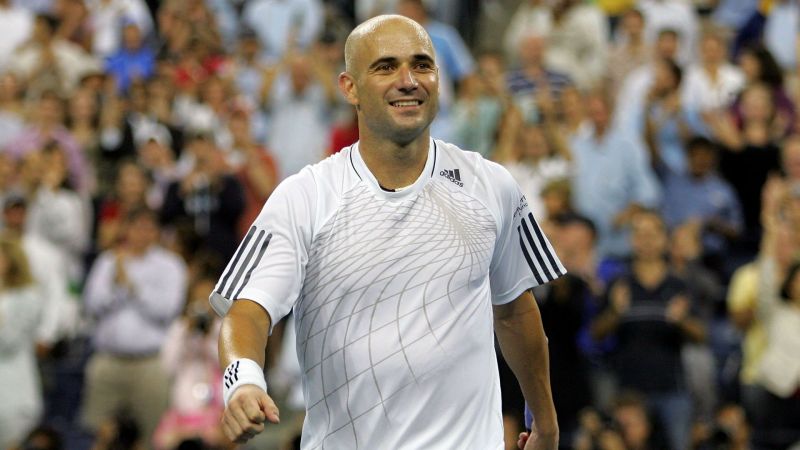 IPL 2020: Sheikh Zayed Stadium pitch report ahead of RR vs...