The LA Clippers take on the OKC Thunder in one of the academically relevant matches left in the NBA restart. Both teams have sealed their postseason seeding/ side of the draw with a game left, and will rest their stars in all probability if not all their starters. The most that this game will affect is bookmakers’ fortunes.

While the LA Clippers were bolstered by the arrival of reserve center Montrezl Harrell on Tuesday, they will not have him available for this game. The LA Clippers are likely to give an extended run out to their reserves, so the likes of Terrence Mann, Landry Shamet, Beverley and JaMychal Green will see the floor more than usual.

The LA Clippers obtained Landry Shamet as part of the much-vaunted Tobias Harris trade last season. The sophomore will be crucial to the LA Clippers’ plans in the playoffs, as he is one of the best natural shooters on their roster. So far, Shamet hasn’t gotten going in the NBA restart, so he will be looking to change that in this game against the OKC Thunder.

ALSO READ: ‘Besides my son being born, that was like the best day of my life’ – Boston Celtics star Jayson Tatum recalls workout with NBA legend Kobe Bryant

Clippers finished on a 12-2 run using a lineup of Terance Mann, Rodney McGruder, Landry Shamet, Patrick Patterson and JaMychal Green. Against a Blazers team that NEEDED TO WIN and was playing their BEST LINEUP during that time. https://t.co/KUSVjmO6Ac

The OKC Thunder will finish no lower than 4th and have sealed a playoff matchup against the Houston Rockets. They lost defensive specialist rookie Lu Dort to injury against the Heat yesterday and are a bit stretched in their resources. But they will still try to manage injuries and give extended runs to their youngsters rather than risk Chris Paul picking up serious injury on the eve of the playoffs.

Shai Gilgeous-Alexander has blossommed into a two-way player par excellence for the OKC Thunder over the course of the season. A point guard in a small forward’s body, SGA’s ability to practically get past any defense thrown at him on the way to the rim will be crucial to the determination of the result tomorrow. SGA’s playmaking will be put to the test with Chris Paul likely to rest most of the game, if not all of it.

The Thunder bench rallies in the 4th to beat the Heat.#ThunderUp pic.twitter.com/iiB0NmUk9P

Predicting a matchup between reserves is usually tough, but the LA Clippers have the deepest bench in the NBA even without Montrezl Harrell. Their depth both at the perimeter and on the interior trumps that of the OKC Thunder. Expect the LA Clippers to come away with a win in double digits. The game will be a medium-scoring affair with 220-230 points scored.

LA Clippers vs OKC Thunder – Where to Watch

Viewers in the USA can catch the live telecast of this game on ESPN. Local viewers in California and Oklahoma can catch it on Spectrum SportsNet and Fox Sports Oklahoma. International viewers can stream this game online on the NBA League Pass. 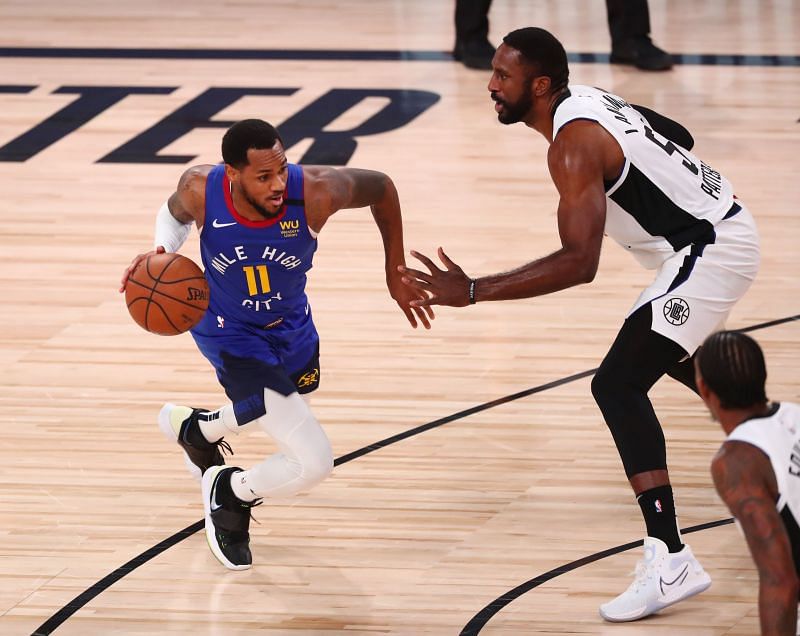