Jos Buttler feels players will be open to everything, including two England matches being played in the same day, once cricket returns after the coronavirus pandemic.

The explosive batsman understands the importance of the revenue generated from international matches and a crowded schedule is likely if planned series’ and tournaments in 2020 are to be salvaged.

Buttler believes players will be flexible in the instance of an intense run of fixtures, even if it meant days where there were multiple matches taking place.

He also thinks there will be a surge in fan interest after the break in sport, ensuring venues would sell out for games in quick succession.

“I think we have to be open to absolutely everything,” Cricket World Cup winner Buttler said to talkSPORT. “It’s so difficult to plan anything because everyone is in limbo with all things going on.

“International cricket is going to be vital to the game and the revenue that comes into the game.

“If we can get any [cricket played], or as much as we can, if that means two games in the same day, then we have to be open to that.

“Everyone who is really missing their sport, hopefully when this is all over we will all appreciate it even more and want to flock to the grounds to all the different sports to watch the games.

“I’m sure you could fill up two grounds if you had two teams playing on the same day.”

@josbuttler is auctioning his World Cup final shirt to raise funds for @RBHCharity This will raise funds for life-saving equipment to help those affected during the Covid-19 outbreak.Bid here: https://t.co/tu3RTySt6X #StayHomeSaveLives pic.twitter.com/9OEXPSVRrq

Buttler is in the process of auctioning off the shirt he was wearing when he sealed England’s historic World Cup final win over New Zealand.

The 29-year-old was wearing the shirt, which has been signed by his team-mates, when he ran Martin Guptill out to conclude a dramatic Super Over at Lord’s last July.

It will provide much-needed funds for the Royal Brompton and Harefield Hospitals Charity, which launched an emergency appeal to provide life-saving equipment for COVID-19 sufferers.

The highest bid now stands at £65,800, delighting Buttler, who added: “I’m auctioning off my World Cup shirt and it’s obviously gone way better than I thought it would already.

“It’s an amazing amount of money. The charity that supports the hospitals started an emergency fund to buy emergency equipment they need now because of the increase in patients due to the outbreak.

“We thought that auctioning the shirt would be a great way to raise money for that.” 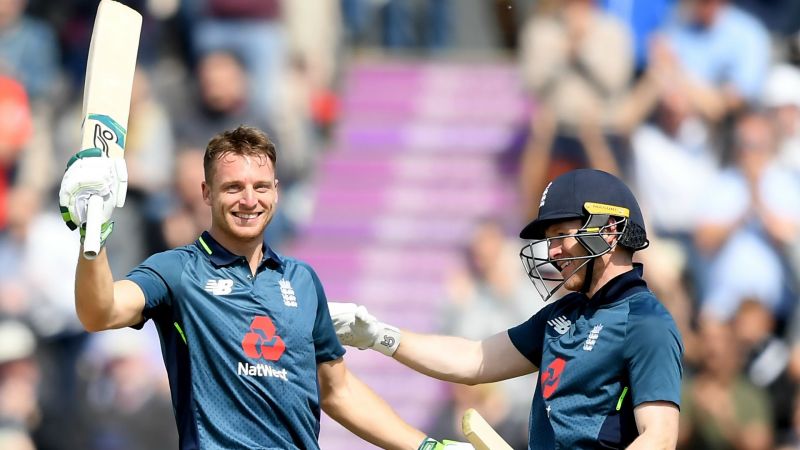