Jon Bon Jovi is reminding all of his fans to take COVID-19 seriously after his 18-year-old Jacob Bongiovi and two Bon Jovi bandmates contracted the virus.

The 58-year-old frontman’s other son Jesse Bongiovi joined him during an interview with Extra Tuesday (Aug. 11) to share that their loved ones have fully recovered. “It really was mild, it was very early on. I think we’d say that it was an intestinal version of it,” the glam metal artist said of his son during the video interview. “He was down for four days, five days. Fully recovered and quickly.”

Bon Jovi previously told Entertainment Tonight that he believed Jacob had a mild intestinal bout of coronavirus back in March. At the time, he said the whole family was quarantined together, including his wife Dorothea Hurley, 26-year-old daughter Stephanie, 25-year-old son Jesse, and 15-year-old Romeo. Although the “Livin’ on a Prayer” star noted his son Jacob didn’t get tested, he started feeling better after a visit from a private doctor. Aside from his teenage son, Bon Jovi noted his keyboardist David Bryan, 58, and percussionist Everett Bradley, 57, had a much harder time recovering.

“David Bryan had it really bad, our keyboard player, and Everett Bradley, who’s the percussionist in the band, he too had it really bad,” he continued disclosing. “So we’ve seen a lot of people that we know…. Lives have been lost of friends and people that we are close with. So this is really, this is nothing to mess around with. This couldn’t be more real, folks. Wear your mask, do the right thing, because it’s real.”

He expressed disappointment that legendary rockers had to cancel their North American summer tour due to the pandemic and postpone their upcoming album Bon Jovi: 2020, which was pushed back from May 15 to Oct. 2.

“But these are the sacrifices that have to be made right now. It’s unfortunate. Eventually, we’ll get back to it. I don’t know when, to be honest. I don’t see that happening for quite some time,” he told Extra‘s Jenn Lahmers. “A rock show really can’t happen without a crowd.”

But Bon Jovi will get some face time with fans on Friday, Aug. 15, when he’ll host a virtual happy hour before his benefit concert to support Chef José Andrés’ World Central Kitchen, which has been combatting world hunger and poverty during the pandemic. His son Jesse also came up with the idea to contribute 1% of every bottle purchase from their famed Hampton Water rosé wine brand to the charity.

The happy hour begins at 6:30 p.m. EST on Live Nation’s website, while the show will livestream from Hampton Water’s Facebook page starting at 7 p.m. EST. 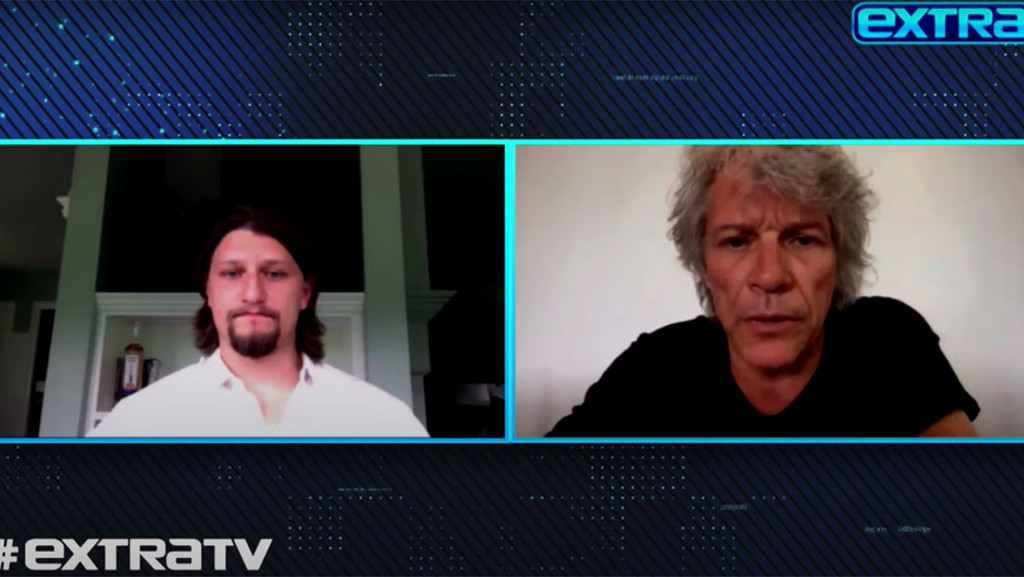 Here’s Who Kamala Harris Thinks Is the ‘Best Rapper Alive’

This TikTok Has Everyone Listening to Fleetwood Mac’s ‘Dreams’ Again

Vin Diesel Debuts First Single ‘Feel Like I Do’ on ‘The Kelly Clarkson Show,’ Thanks to Kygo

Fashion neroo news - 26th September 2020 0
Katy Perry reflected on motherhood last night and what she wants her fans to know about parenthood. The singer welcomed her first baby with...

Strictly Discs in Wisconsin, in a Pandemic: ‘People Are Cautiously Optimistic...