A high-level delegation of officials from Israel and the US arrived in Bahrain on Sunday, marking the first commercial flight from Israel to Bahrain.

US Secretary of the Treasury Steven Mnuchin is leading the group, which will engage in bilateral talks with Bahraini officials before signing memorandum of understandings (MoUs) at around 7:30pm local time to establish full diplomatic relations between Bahrain and Israel.

Israel’s Ministry of Foreign Affairs spokesperson Lior Haiat told Al Arabiya English that the historic day is the “start of a new era of peace, prosperity, and stability in the region.”

“We are really grateful for our American friends for helping us,” he added.

US Ambassador to Israel David Friedman and Israeli National Security Council head Meir Ben-Shabbat are part of the delegation.

The El Al flight was named 973, the area code of Bahrain.

The trip comes two days before a delegation from the United Arab Emirates is expected to travel to Israel.

Bahrain, along with the UAE, officially normalized relations with Israel at a signing ceremony at the White House last month, as part of the Abraham Accords agreement.

The two Gulf countries are the third and fourth Arab states to normalize ties with Israel. Israel signed peace treaties with Egypt in 1979 and Jordan in 1994.

Bahrain’s Foreign Minister Abdullatif Al Zayani said at the time that his country’s agreement with Israel is an important first step towards peace.

“It is now incumbent on us to work urgently and actively to bring about the lasting peace and security our peoples deserve,” said Al Zayani.

“A just, comprehensive, and enduring two-state solution to the Palestinian-Israeli conflict will be the foundation, the bedrock of such peace,” he added. 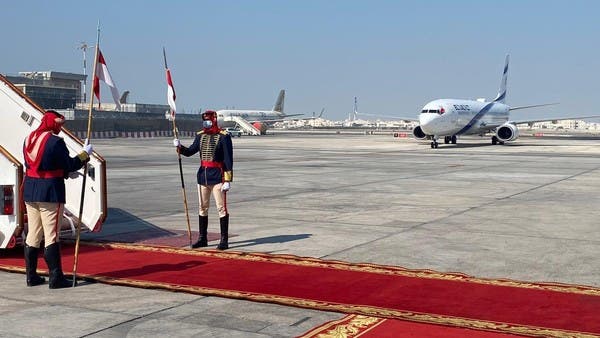 World neroo news - 27th October 2020 0
At least three people were missing and a search operation was underway after a boat carrying about 20...