Kai Havertz will join a “world-class club” in the future but Rudi Voller hopes to keep him at Bayer Leverkusen for another year.

Leverkusen forward Havertz has been heavily linked with Bayern Munich, Manchester United, Liverpool and Real Madrid but head coach Peter Bosz said in March he will cost at least €100million.

The 20-year-old scored 17 Bundesliga goals in 2018-19 and this season has notched 11 times and supplied five assists in 26 appearances.

Leverkusen’s managing director of sport Voller acknowledges it is only a matter of time until Havertz departs the BayArena for bigger things.

However, he hopes to be able to convince the in-demand Germany international to hang around for at least another season.

“He feels comfortable, he still has a contract until 2022, but we know that Kai will eventually move to a world-class club,” Voller told Sky Sports.

“But he is still here, and I still have the hope of being able to keep him for a year and to be able to do it.”

13 – Since the start of 2020, no player has been directly involved in more goals than Bayer Leverkusen’s Kai Havertz within the top five European leagues (nine goals and four assists). Eruption. pic.twitter.com/HLCzJAUmPU

Leverkusen sit fifth in the Bundesliga with five games remaining and are only outside the Champions League places on goal difference, while they have a 3-1 lead over Rangers after one leg in their Europa League last-16 tie.

Bosz’s side face Bundesliga leaders Bayern Munich on Saturday, before a DFB-Pokal semi-final against fourth-tier Saarbrucken, whose league campaign has been cancelled due to the coronavirus pandemic. 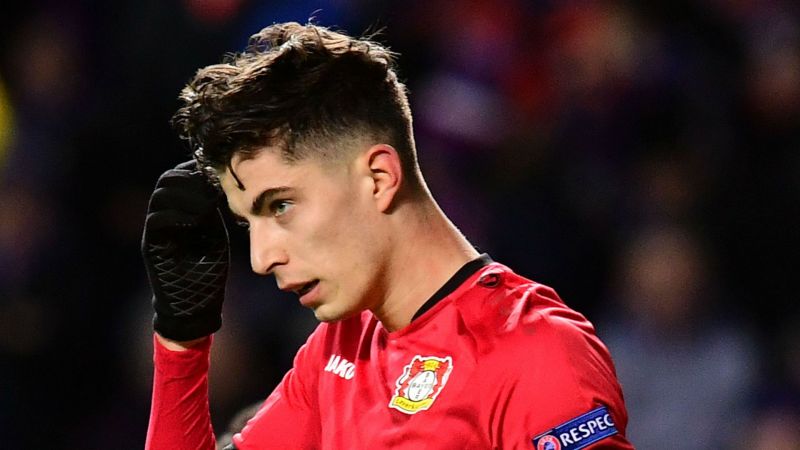