The EU’s chief executive chided European Union governments on Wednesday for an ineffective foreign policy and proposed US-style sanctions on human rights abusers around the world.

Once able to boast of a soft power that helped transform communist neighbors into market economies, the EU increasingly finds itself unable to agree common positions to influence international diplomacy on issues ranging from Venezuela to Mali.

“Why are even simple statements on EU values delayed, watered down or held hostage for other motives?” European Commission President Ursula Von der Leyen said in her ‘State of the Union’ speech.

EU must impose ‘meaningful’ sanctions on Turkey if ships not withdrawn: Greek PM

Von der Leyen said her EU executive would come forward with a proposal to freeze assets of those deemed responsible for human rights abuses, similar to the Magnitsky Act of 2012 in the United States.

Sergei Magnitsky was a Russian lawyer arrested in 2008 after alleging that Russian officials were involved in large-scale tax fraud. Magnitsky died in a Moscow prison in 2009 after complaining of mistreatment.

A new sanctions regime would allow the EU to impose sanctions more quickly on specific individuals anywhere in the world, freezing their assets in the bloc and banning them from entry.

Von der Leyen accused Russia of systematically seeking to eliminate pro-democracy opponents at home and around the region. She said it was wrong to think that the Nord Stream 2 gas pipeline between German and Russia would help to improve tense EU-Russia ties.

She also said nothing could justify Turkey’s intimidation of Greece and Cyprus in the Eastern Mediterranean in a dispute over energy resources.

“Turkey is and will always be an important neighbor. But while we are close together on the map, the distance between us appears to be growing,” Von der Leyen told the European Parliament. 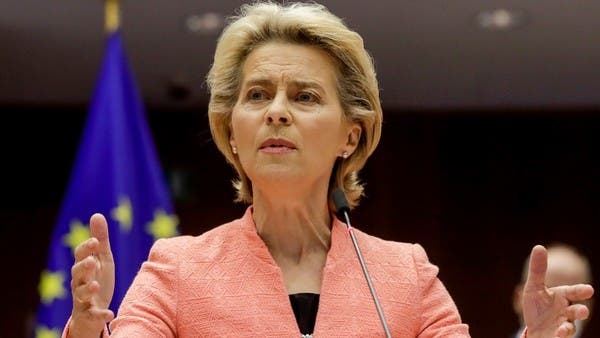 Sport neroo news - 26th September 2020 0
Kevin Owens has been a part of WWE for well over five years now. Much like every other marquee name on the main roster,...

World neroo news - 26th September 2020 0
India reported 85,362 new coronavirus cases in the past 24 hours with infections slowing down this month. For...

Sport neroo news - 26th September 2020 0
Next week's NXT episode will be the go-home show for TakeOver: 31, and WWE is stacking it up with some significant segments. Shawn Michaels...