Certainly one of the most controversial figures in the world of professional wrestling, Eric Bischoff was expected to bring a fresh new theme to SmackDown last year. However, he was let go from his position four months into his hiring by WWE.

In the months after his firing, rumors swirled about the reasoning. Whether it was the lack of immediate results the company may have expected, the declining ratings, or something else entirely – no one really knew the truth behind the decision.

However, Alex McCarthy of talkSPORT has finally managed to get the answer straight from Easy E himself.

.@EBischoff walked me through coming back to WWE, what his job actually was and the reason it didn’t work out in great detail.

In here, he debunks at least three reports that circulated at the time. So here’s your chance to hear it from the horse’s mouth.https://t.co/aJk5r05Q84

Eric Bischoff explains what his job actually was

The first question had to do with the position Eric Bischoff held in WWE. According to the man himself, all the details had been worked out between WWE and FOX before he’d even been contacted. While it was reported that Bischoff was the man responsible for the day-to-day discussions with FOX, that wasn’t true.

“Here’s the deal: the deal with FOX and WWE had been going on long before my name was ever brought up to come to WWE. The details of that agreement, the strategies, the tactics, the creative, the production – all of those conversations took place long before I got to WWE. When I got to WWE, most of the conversations- almost all of them – regarding any matters of any significance regarding FOX and WWE took place at a pay level much higher than mine. Not going to name names because I can’t, or I shouldn’t.

“But I had nothing to do with those daily conversations and oftentimes I didn’t find out about the results of those conversations or decisions made within them until well after the fact. My communication with FOX executives was almost limited to a once a week check-in. To see if there were any open-ended issues that needed to be addressed on either side of the equation that had not been addressed in a timely fashion – that was it.”

So, what was Eric Bischoff’s actual job? Well, essentially, he was there to oversee the creative process, though he wasn’t there to work as part of the creative team itself.

“I was overseeing [the creative team], not creating. I was told clearly I wasn’t brought in as a creative person. I was brought in to manage the creative process. They are two entirely different things.”

Eric Bischoff stated that he was indeed surprised about being fired from WWE and that the reasoning behind the decision had nothing to do with declining ratings or anything else that had been assumed.

When it boiled down to it, Eric Bischoff just wasn’t the right man for the job. He said that he’d essentially been self-employed for two decades prior to getting hired on. Going back to a corporate role was a huge change.

“What I underestimated was just how difficult that adaptation would be for anybody that is good at adapting. It takes time, and I didn’t manage that well. My lack of performance, if you will, in terms of not fulfilling the role in the way that Vince McMahon saw it, that was on me. It was on me and my failure to adapt.”

Eric Bischoff went on to say that, if it was a ratings issue, Paul Heyman would’ve been fired too, as RAW’s ratings had fallen in a similar fashion. At the end of the day, Eric Bischoff admits that he didn’t live up to the expectations that Vince McMahon had set for him. 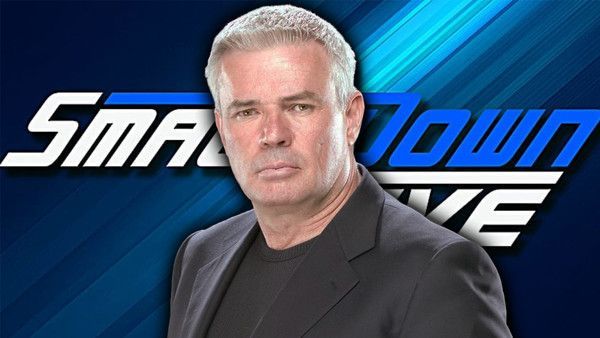 Vince McMahon’s reaction on Mark Henry hanging up his call without even talking to...

The Killers Honor George Floyd With ‘Land of the Free’ on ‘Macy’s 4th of...

Music neroo news - 5th July 2020 0
The Killers paid tribute to George Floyd with a stripped-down performance of "Land of the Free" during the Macy's 4th of July Fireworks Spectacular...

Vince McMahon’s reaction on Mark Henry hanging up his call without...

The Killers Honor George Floyd With ‘Land of the Free’ on...