EPL manager Ole Gunnar Solskjaer is confident that Anthony Martial has all the right qualities to don Manchester United’s iconic number nine shirt. The Frenchman, who arrived in the summer of 2015 for an initial fee of £36 million, has had a few difficult seasons at the club.

Having worn the legendary shirt number in his debut EPL season, Martial was forced to switch to number 11 due to Zlatan Ibrahimovic‘s arrival. Since then, he wore former EPL legend Ryan Giggs‘ shirt for three years before reverting to his preferred #9 in the 2019/20 season.

The switch in kit number ahead of the 2019/20 EPL campaign was of a special significance for Martial. The 24-year-old, after predominantly playing out wide for years, reverted to a more central role under Ole Gunnar Solskjaer. The results are clear for the world to see as he’s currently on 14 EPL goals, his best tally in England.

“We trust Martial and will keep challenging him,” says EPL legend Solskjaer

“He’s playing with a smile on his face. Anthony [Martial] has had a really good season, he’s been really important for us. We felt it during the couple of months he was out injured; we struggled. But he knows that we trust him.”

Solskjaer noted the fact that this is Martial’s first season as an out-and-out centre-forward for United in the EPL. He continued,

“It’s the first season that he’s really playing as a No. 9; he’s had to have that burden of the shirt and be that central focus through the middle. Sometimes that’s not easy when you play for Manchester United but he knows that we trust him and I think he knows that we want him to keep developing.”

The Red Devils boss is adamant that there is immense pressure for being the primary goalscorer for a club like Manchester United. However, Solskjaer — a former EPL striker himself — is happy with the progress Martial has shown this season.

“We’ll keep challenging him. There are always players in and around the team – and outside the club – who would want to be No. 9 for Manchester United. There’s always pressure on a centre-forward but so far he’s performed really well.”

The six-time EPL winner reveals that he has no qualms about Martial’s finishing ability and efficiency in front of goal. That being said, he maintains that the former Monaco man’s target should be to get into better positions in attack. He believes Martial must get into the penalty area regularly.

“He’s a good finisher but it’s about being in and around the right positions. He’s developed more and more in terms of getting into that penalty area and closer to the goal.”

The EPL giants’ manager also revealed that they focus specifically on finishing sessions in training. Solskjaer adds that he has no doubt about the skilful Frenchman’s quality, saying,

“We do a lot of work in finishing groups and sessions but it’s also down to him to be mentally sharp and ready. We’ve always known he’s a quality player and highly, highly skilful.”

Martial is just one strike away from 20 goals for the season across all competitions, including 14 in the league. He registered his first-ever career hat-trick against Sheffield United in United’s last league outing. He could potentially finish the season with the highest goal tally from a Manchester United player since Sir Alex Ferguson’s retirement.

He is in line to start against Brighton & Hove Albion in an EPL clash on Wednesday. 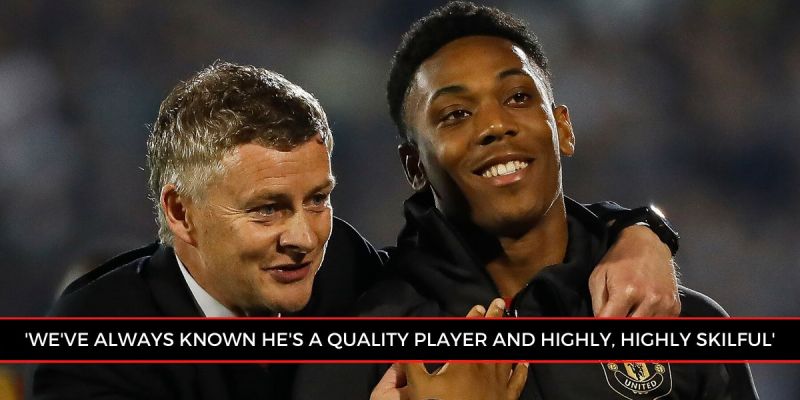 World neroo news - 4th July 2020 0
Authorities in the United Arab Emirates announced on Friday that citizens and residents are free to travel to...