Current WWE Champion Drew McIntyre has revealed how he watched his WWE Championship victory over Brock Lesnar at WrestleMania 36.

Due to the ongoing COVID-19 pandemic, WrestleMania was moved from Raymond James Stadium in Tampa Bay, Florida to the WWE Performance Center and aired via tape delay on April 4 and April 5, 2020.

However, the event was taped on March 25 and March 26, 2020. This meant that WWE Superstars, such as Drew McIntyre, watched their WrestleMania moments from the comfort of their own home as they aired on the WWE Network.

“My match at WrestleMania aired on the Sunday night and it started at around midnight in the UK. I was on a Zoom call with all of my family and it was unbelievable to see their reactions, they stayed up so late to watch it. My wife presented me with the title, which was cool. Then I just sat there and thought: ‘This is real. I’m WWE champion. It’s finally happened.’ I couldn’t have slept even if I wanted to.”

This is my WrestleMania moment. In a Mania unlike any other I couldn’t help but break the “fourth wall” to say thank you. Thank you all for choosing WWE as an escape right now and THANK you for believing in a kid who wouldn’t take no for an answer #WWE #WrestleMania pic.twitter.com/Gu8MubP3zX

Drew McIntyre on the impact of his WWE Championship victory

Continuing to discuss his WWE Championship victory at WrestleMania 36, Drew McIntyre spoke about the impact and pressure of becoming the first ever Scottish WWE Champion in the company’s history.

Drew McIntyre recalled that throughout the years many people from Scotland doubted that McIntyre would ever be signed by WWE, let alone become WWE Champion:

“I got word that the two trending topics on the BBC website were ‘Queen gives speech’ and ‘WWE wrestler Drew McIntyre becomes first ever British champion.’ I heard the audio of the broadcast and it was all just so surreal to me. Realistically, I’m a kid from a small town in Scotland who had this crazy dream of making it into WWE and heard his whole life, ‘Why would you be the first Scotsman ever signed?’, never mind first to ever win the title. I just kept believing, had a lot of bumps on the way, and it finally happened. To see everyone back home talking about it meant the world to me, especially during these difficult times. It gave them something to talk about when they were stuck indoors. It gave them something to smile about. I can’t wait until I can travel to the UK and see everyone back home. Hopefully my story has inspired people.”

What are your thoughts on Drew McIntyre’s WWE Championship reign so far? 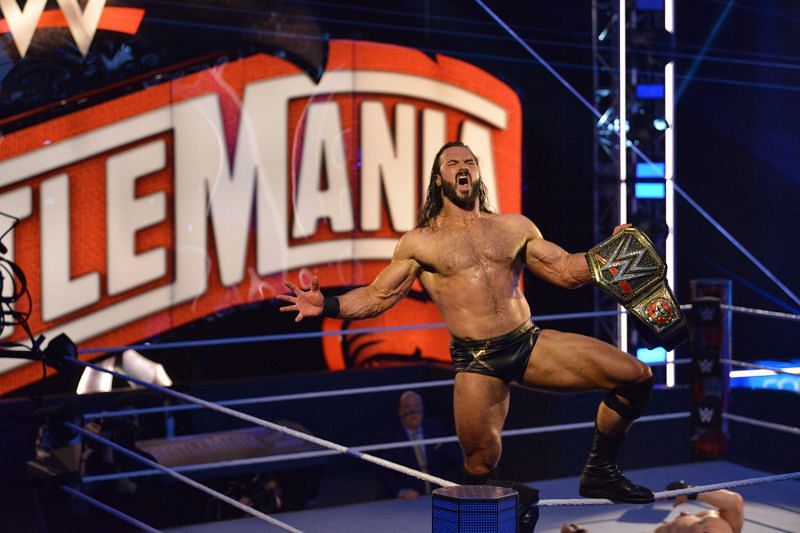 IPL 2020: ‘Shikhar Dhawan might want to show his old team how valuable he is’

How to get the Savior medal?