Iran on Sunday reported its highest single-day novel coronavirus infection count in nearly a month, warning that most of its provinces have been hit by a resurgence of the disease.

The Islamic republic has been battling the Middle East’s deadliest outbreak of COVID-19 since late February.

After a lull in deaths and infections from April to May, it now appears that the provinces first hit, including the holy city of Qom, are back in the same place as figures have been on the rise.

Health ministry spokeswoman Sima Sadat Lari said that 2,685 more people had tested positive for COVID-19 in the past 24 hours, the country’s highest single-day count since July 8.

This raises total cases identified since late February to 309,437, she added.

Another 208 people also died during the same period, bringing the overall toll to 17,190.

According to Lari, the situation is “concerning” in 25 out of Iran’s 31 provinces.

“Sadly, since late June, daily infections have been on a rising trajectory” in Qom in central Iran, she said.

“We are concerned that trivializing the situation and lax observance of health protocols may lead to a worsening of the outbreak in the province.”

Lari warned against travel to Mazandaran, a popular northern tourist resort at the vanguard of the outbreak where daily infections had more than quadrupled in the past six weeks.

Official figures show a marked increase in deaths and infections since the end of June.

As a result, mask-wearing was made compulsory in covered areas and provinces were given powers to reimpose restrictive measures.

Iranian media said that renowned Iranian filmmaker Khosro Sinai, 79, had died from the virus on Saturday.

Celebrated and awarded in numerous Iranian and international festivals, Sinai was the latest high-profile figure to succumb to COVID-19 in Iran following several government officials and politicians. 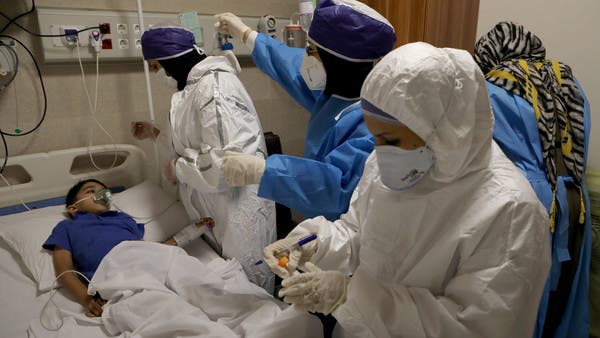