The stark reality of the Coronavirus hit home for millions last weekend as the sporting calendar was left decimated in the wake of the worldwide pandemic. While tens of thousands of people have directly suffered from the significant health consequences of COVID-19, the extent of the virus has now affected society and the daily lives of everyone.

Even football at the highest level is not immune to these consequences, and a series of press releases from across Europe in the build-up to last weekend effectively brought the game to a standstill.

Any belief that the modern game was encased in a bubble that separated it from reality was quashed as high-profile figures such as Arsenal manager Mikel Arteta and Chelsea’s Callum Hudson-Odoi tested positive.

The future of football

The decimation of the football calendar has put football, and sport in general, into perspective. Wayne Rooney used his new platform in the British press this weekend to publicly criticize the authorities for using players as ‘guinea pigs’ during this international crisis, and his statement was a powerful change from the usual non-committal comments that fill the ever-increasing column inches devoted to the game.

There is a duty of care that must be of primary importance, and it is at these times that players and managers are held in equal regard as the staff and fans of their respective clubs. The implications of the Coronavirus will have far-reaching consequences across the world, and this situation has shown the irrelevance of titles, tactics and results, when just a few short weeks ago, little meant more to so many.

But there is an ugly side of the modern game that remains as individuals use the crisis to push their own agendas, and while decisions over the future of the various competitions affected remain unclear, many have offered proposed solutions despite being completely unaware of exactly when the game will be in a position to resume.

The importance of the game for so many means that few can contemplate this crisis lasting longer than the initial three-week suspension period. However, this is only a date for the situation to be reassessed, and there is absolutely no assurance or guarantee that the wheels of the football industry will begin to turn again in April.

Testing times with no quick-fix

Returning to normality will not be an easy process for clubs and players that currently find themselves in isolation. A lack of match fitness will be an obvious concern, and while injured players will have an opportunity to recover while the football world is suspended, the intensity of finishing the current season in a condensed period of time will do more harm than good.

Respected figures in the game have continually criticised the pressure placed on the fitness of players, and how the intense period of winter fixtures leads to injury, which in turn weakens the quality of the product on offer. The various winter breaks offer an opportunity for a period of recovery, but are quickly countered by a return to the demands of balancing domestic games with European ties.

But while the high-profile managers and players naturally claim the majority of headlines, those clubs will survive this humanitarian crisis. The clubs that are really set to suffer are those that sit lower down the various pyramid systems, and while the suspension of fixtures will mean no commercial and matchday income, player salaries must still be paid. The small margins that some clubs work within will make this impossible to sustain in the long-term.

Then there are the matchday staff, those working for clubs on zero-hour contracts, who will be left with nothing while the suspension remains in place. Media outlets will feel immediate pressure with no games for reporters to cover, and the decline in newspaper sales will only increase with limited topics of discussion available.

Salaried journalists in the national press will have the opportunity to produce more in-depth pieces with this new-found spare time, but the freelance matchday reporters will find their services are no longer required, and this is likely to be the case long-term as the crisis continues.

Football is just one small aspect of society, and while the implications will affect many on a personal and professional level, life will also change for millions of people around the world.

Key decisions will be made this week in relation to the Champions League, Europa League, domestic leagues around Europe and the inevitable postponement of EURO 2020, but the unknown factor of the situation means that no plans for a return to the game can be confirmed.

In fact, delaying the re-start of football as we know it requires careful planning and long-term consideration, and the switch to a winter World Cup in 2022 could see the effects of the Coronavirus extend to this competition.

In fact, the tournament in Qatar offers a periodic yardstick to shape all competitions over the course of the next two years. This the reality of what is currently just a brief suspension of business.

In fact, using the proposed winter schedule of the next World Cup could be the turning point in restoring football to a familiar calendar once this matter is over, despite the fact it is still a couple of years away.

Revising the format of certain competitions around the tournament could allow normality to resume on the other side, but the lack of assurance over a resolution to this problem makes such solutions hypothetical.

But while the technical elements of the immediate future of the game are important in one context, they are irrelevant in another, and it is the health and safety of each and every individual that must take primary consideration.

The safest option is to continue with the suspension for an indefinite period, and the current season may not even resume for a number of months to come, if it does at all. What will be left of clubs lower down the food chain should that situation occur is difficult to imagine.

The true value of football

Although public safety is paramount, it is the structure of football, and sport in general, that shapes our entire lives.

The social aspect of attending matches is a vital source of human contact for some, especially those most vulnerable to this virus, while the wider economic downturn of thousands of fans sitting at home instead of following their pre and post-match routines will have huge consequences for businesses across the world.

Football is not a necessity for those not employed in the industry, but it is an important element in the lives of millions of people. The sport is woven into our cultural fabric, and there is no easy way to replace the return we get from investing so much of ourselves into the fortunes of our respective clubs.

In the past, it is football that has brought solace to millions in difficult times. Now, it is this most difficult of times that has taken it away. 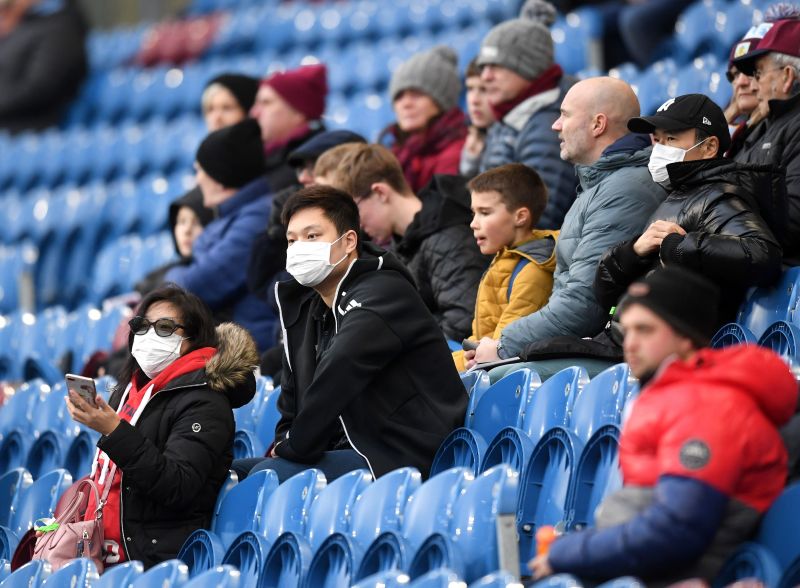