Conor McGregor‘s coach, John Kavanagh has revealed how ‘The Notorious One’ could end up defeating the reigning UFC Welterweight Champion, Kamaru Usman.

During a chat on social media, Kavanagh noted that a “very motivated” Conor McGregor could cause problems for ‘The Nigerian Nightmare’. Kavanagh remains confident of the fact that a motivated McGregor could end up beating anyone in his weight class.

Conor McGregor’s coach, John Kavanagh recently did claim that a fight between Conor McGregor and Kamaru Usman will be an interesting affair. (H/T: MMA News).

“That’ll be an interesting one,” Kavanagh said of a McGregor vs. Usman matchup. “There’s a fair size difference in there. Look, I’ll be honest. Anybody up to, around about his weight class, if there is a very motivated Conor I think he beats any of them. He has knockout power, he easily has knockout power up to that weight class. And if he was to put in a serious training camp, I think he wins,” Kavanagh added.

A fight between McGregor and Usman is definitely a fun idea, given the latter is the current kingpin of the 170-pound division. And for McGregor’s last fight in the Octagon, the Irishman defeated the veteran Donald ‘Cowboy’ Cerrone at 170, in the main event of UFC 246.

However, McGregor did recently announce his retirement from Octagon competition, and this time around, it does seem like ‘The Notorious One’ has decided to hang up his gloves for good.

What’s next for Kamaru Usman?

Kamaru Usman will be defending the UFC Welterweight Championship in the main event of UFC 251 against long-term teammate Gilbert Burns, in what will be the next UFC pay-per-view.

The two men will headline the first-ever UFC Fight Island card and MMA fans could expect all the fireworks from this particular Welterweight bout. 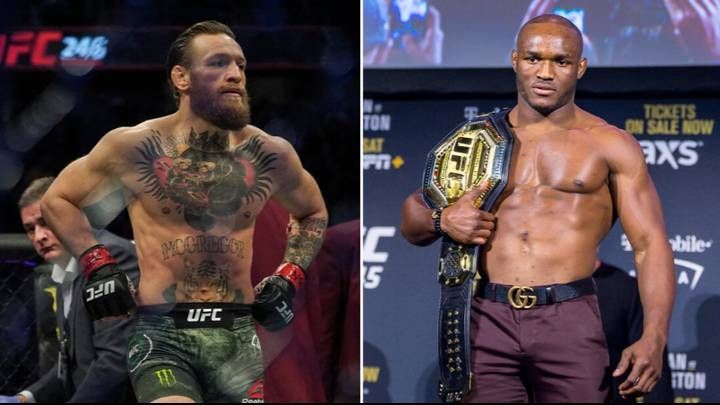