AEW Executive Vice-President Cody Rhodes is one of the people in the company who regularly works on their creative output and developing the product to become better. One of the things that he has often talked about is finding that next level when it comes to wrestling in the ring. Not only that he has also pointed out the need for other AEW wrestlers like Jungle Boy and MJF to find new sides to themselves in the company as they could no longer portray the same person.

In a recent Busted Open Radio podcast (h/t Wrestling Inc), Cody Rhodes talked about MJF and Jungle Boy having to evolve their characters.

Cody Rhodes admitted that one area of in-ring work he always worked on was getting to that ‘next gear’ in wrestling. Getting to that area requires him to go for a higher gear in the final minutes of the match creating an impact on the minds of the audience.

“When I watch matches back and I find I don’t get into that next gear, that’s an area where I know the next week in the final minutes of the match, an area that Christian taught me more than anyone else how to really tell that story and really go for it. That’s an area I always like to improve upon. An area I’m most critical of my particular work in how I compete is that final, closing stretch.”

However, Cody Rhodes also talked about another aspect of showing a side of AEW wrestlers like Jungle Boy and MJF that the audience have not seen before.

He talked about his match with Jungle Boy in the first AEW TNT title ‘Open Challenge’ match and how Jungle Boy brought another side of himself to that match, evolving his character.

He also talked about MJF. Despite MJF having an amazing rivalry with Cody Rhodes previously, there is still a need for him to evolve his character in the ring and show the audience that he is not one-dimensional, and make less mistakes.

“These guys like Jungle Boy and MJF aren’t freshmen anymore. This is year two, and we have to see a new side of them. There’s only so long that you can be that young guy on the totem pole. They’re still young guys, but they’re in a different area now. They can’t make those baby mistakes. He made very few mistakes that match. Very impressed with Jungle Boy, especially the feeling in there with him.” 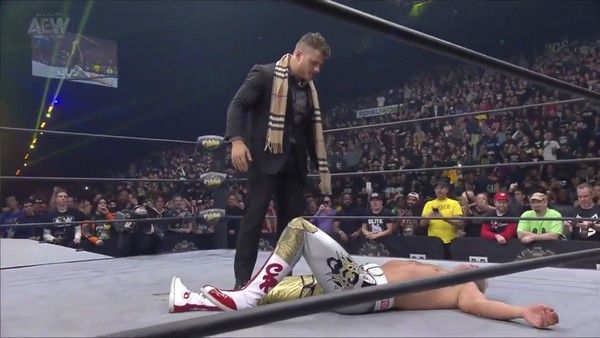