AEW has acquired somewhat of a reputation since making their debut in the professional wrestling scene. As a fledgling company, still getting used to being a competitor to WWE on a major platform, with an enormous fanbase, AEW is definitely changing the wrestling world a little at a time. However, the reputation that they have acquired is actually not the best one, as the customary wrestling logic that is usually found in matches, with wrestlers following certain rules and the referees following a fixed set of rules and applying them during matches, has not been found in AEW. With the debut of FTR, things appear to be changing, something that Cody Rhodes noted recently.

Cody Rhodes was recently on Busted Open Radio (h/t Wrestling Inc), and he talked about FTR and the impact that they have had already, with a few appearances on the company, as well as the rules not being followed.

AEW EVP Cody Rhodes on FTR’s impact on the rules

Cody Rhodes admitted that the shows for AEW were disorganized and sometimes that can lead to them not putting forwards the best shows. However, he went on to say that they were critical of themselves and it was a work in progress, with things being slowly brought to order.

“So, when you see things like that, I think you’ll see less of it as the weeks go by. It’s just a slow and steady thing. It’s not something that people don’t mention, believe me. We’re talking about it now, and it’s talked about heavily right there in the go position. It’s talked about on commentary every now and then. It’s something we’re gonna have to hold ourselves accountable for, but again, I’m the type, especially being in management now, that really likes to lead by example.”

Cody Rhodes went on to talk about FTR and the impact that they had already, following the rules. He noted how the debuting tag team immediately held the tag rope during their matches and that it had been noticed immediately by other AEW wrestlers who wanted to feud with FTR.

“FTR went out there with all the modern, high-tech stuff, but they also had a fundamental, tag team match where they’re holding the freaking tag ropes. There are guys being trained today who don’t even know the purpose of the tag rope. So I look at somebody like that and they lead by example, and the reason I think they lead by example is because they’re so good [that] other people on the roster want to have that match. Other people on the roster want to wrestle those guys. I have been over the moon in love in terms of that tag team, FTR, and what they represent. I had just a slight knowledge.”

With both Cody Rhodes and FTR working on better following wrestling rules in AEW, the company might be on a brighter path. 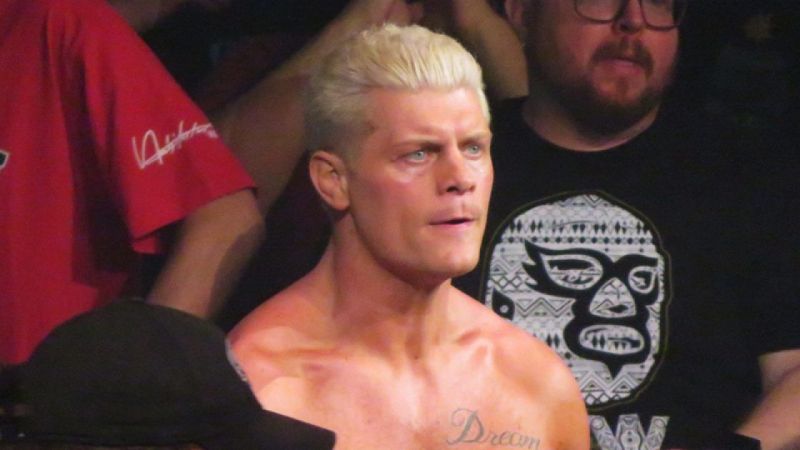