Atletico Madrid manager Diego Simeone has revealed that he holds no ill will over Thomas Partey‘s deadline day move to Arsenal as he expressed delight at the arrival of Lucas Torreira from the Gunners.

The Ghana international made the move to the Emirates after Arsenal triggered his £45m release clause. Partey is the latest in an ever-growing list of players who have departed the Wanda Metropolitano after their release clause was triggered.

There were rumours that Simeone was livid at Arsenal for prising away the Ghanaian from Atletico Madrid. However, the Argentinean has said in his press conference this Friday that he held no hard feelings over the move.

The Atletico Madrid manager expressed his helplessness over the exit clauses of players, stating that there wasn’t much the club could do when a player’s release clause is triggered.

I keep thinking Lucas’ exit was very important. He was a boy from the academy, with a lot of strength and a future, as we see with his national team, but we can’t give many opinions against situations involving these clauses.

Diego Simeone’s reaction on Partey joining Arsenal tells you everything you need to know about what a class manager he is. Zero bitterness. There aren’t many like him.

However, Simeone revealed that he was always happy for his players. He recalled Partey coming up the ranks at Atletico Madrid and also wished the Ghanaian all the best.

“Everything that happens to the boys who gave me a lot of things at the club makes me happy. Thomas is a boy I remember from when he played in the B team with Saul (Niguez). We started to bring him up. It took a lot out of him. He went to Almeria, and it was difficult for him to find stability in the club. He’s an incredible player, and we wish him the best,” said the Atletico Madrid manager,

Simeone, however, expressed his delight at the arrival of Torreira. The Uruguayan, who had fallen down the pecking order at Arsenal, was allowed to join Atletico Madrid on loan for the rest of the season. The deal, which was completed on deadline day, was one that pleased the Argentinean.

“I’m not going to talk about what we win or lose with Thomas because he’s not here. What Lucas will be able to bring to the team is vitality and dynamism in the middle. He comes from a time when he was not playing, and he does so with great excitement,” continued Diego Simeone.

Simeone: “I’m not going to talk about what we win or lose with Thomas [Partey] because he’s not here. What Lucas [Torreira] will be able to bring to the team is vitality, dynamism in the middle. He comes from a time when he was not playing and he does so with great excitement.” 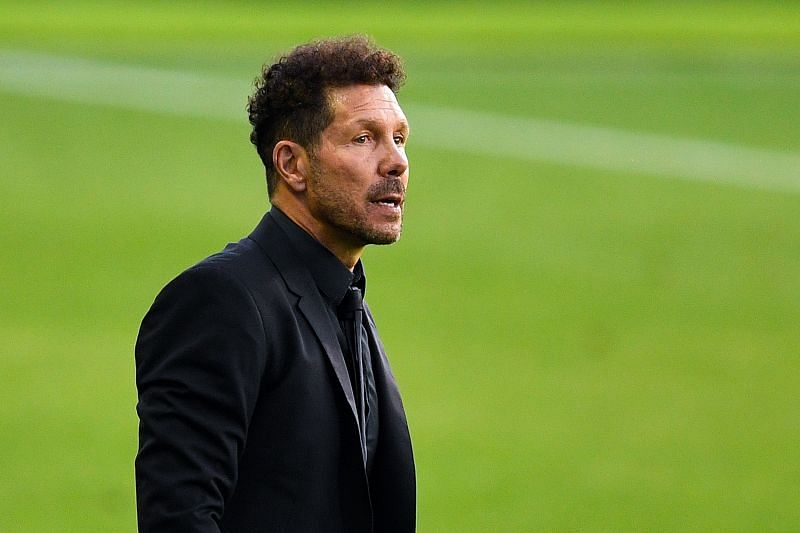