Anita White, aka Lady A, has filed a trademark infringement suit against Lady A Entertainment LLC and its principals, Charles Kelley, David Haywood and Hillary Scott, asking for, among other things, sole usage of the name and compensatory damages.

The suit, filed Tuesday (Sept. 15) in United States District Court’s Western District of Washington, Seattle Division, is the latest volley in the back and forth between the Seattle-based blues singer and the band, formerly known as Lady Antebellum, that started in June after Lady Antebellum officially changed its name to Lady A. It did so apparently without knowing that blues singer White had used the name Lady A for more than 20 years.

After the band met with the singer over a video call a week later to figure out how to go forward, discussions between the two parties fell apart.

Following the receipt of a draft of a settlement agreement from White’s attorney, the band filed suit July 8 in Nashville’s U.S. District Court for the Middle District of Tennessee over White’s “attempt to enforce purported trademark rights in a mark that Plaintiffs have held for more than a decade.”

The band’s suit also alleged that White’s new counsel “delivered a draft settlement agreement that included an exorbitant monetary demand.” While the dollar figure is not mentioned in the suit, a statement concurrently issued by the band says the amount is $10 million.

In the suit, the trio says the group has used Lady Antebellum and Lady A interchangeably as early as 2006-2007. In May 2010, according to the suit and U.S. Patent and Trademark Office filings reviewed by Billboard, the band applied to register Lady A for entertainment purposes, including live musical performances and streaming musical programming. There was no opposition filed by any person or entity to those first applications or following applications.

Despite the band’s legally registering the name Lady A, White’s suit alleges that “Lady Antebellum’s decision to replace the band name Lady Antebellum with Lady A was undertaken with willful disregard for Ms. White’s rights in her Lady A trademark, which she has used for nearly thirty years.”

Her suit further claims that she has “accrued common law rights in the Lady A trademark…as a result of her long, continuous, and prominent use of the Lady A mark since at least the early 1990s.”

Even though she has not trademarked the name Lady A, White claims her common law rights supersede the band’s rights to the name in part because “Ms. White’s nationwide common law trademark rights date to at least as early as the early 2000s, when she first began performing extensively outside of the State of Washington.”

In changing its name, the band has confused White’s fans, especially on the world wide web, the suit alleges: “Internet and social media searches for ‘Lady A,’ which had readily returned results for her music, were now dominated by references to Lady Antebellum,” the suit states. “Ms. White’s Lady A brand had been usurped and set on the path to erasure.”

White also disputes the band’s claim that it has used the nickname Lady A as early as 2008 and, in fact, prior to June 2020, had not performed as Lady A or made use of the “fan-originated Lady A nickname as a trademark.”

Additionally, White’s suit alleges “Lady Antebellum’s popularity and resources have enabled them to saturate the market with their Lady A mark and overwhelm the brand identity that Ms. White has developed during decades of use.” Furthermore, the suit claims that “Lady Antebellum’s use of the Lady A mark has injured and will continue to injure Ms. White by causing the public to be confused or mistaken into believing that Ms. White’s music originates from, is sponsored by, endorsed by, or is otherwise associated with Defendants, resulting in the usurpation of Ms. White’s brand identity under the Lady A mark.”

Because of the damages the band’s use of the Lady A name has allegedly caused White, she is asking for undisclosed damages in a jury trial for “among other things, lost sales, diminished brand identity, and diminution in the value of and goodwill associated with the mark.”

Stating that White has “exclusive trademark rights in the Lady A mark,” the suit alleges that White is entitled to an injunction against the band and compensation for actual damages and asks that the band and all its representatives “be preliminarily and permanently enjoined from using the Lady A trademark.” The suit also asks for “reasonable royalty fee for any sales of music or musical performances rendered under the Lady A mark.”

A representative for the band did not immediately respond for a request for comment. 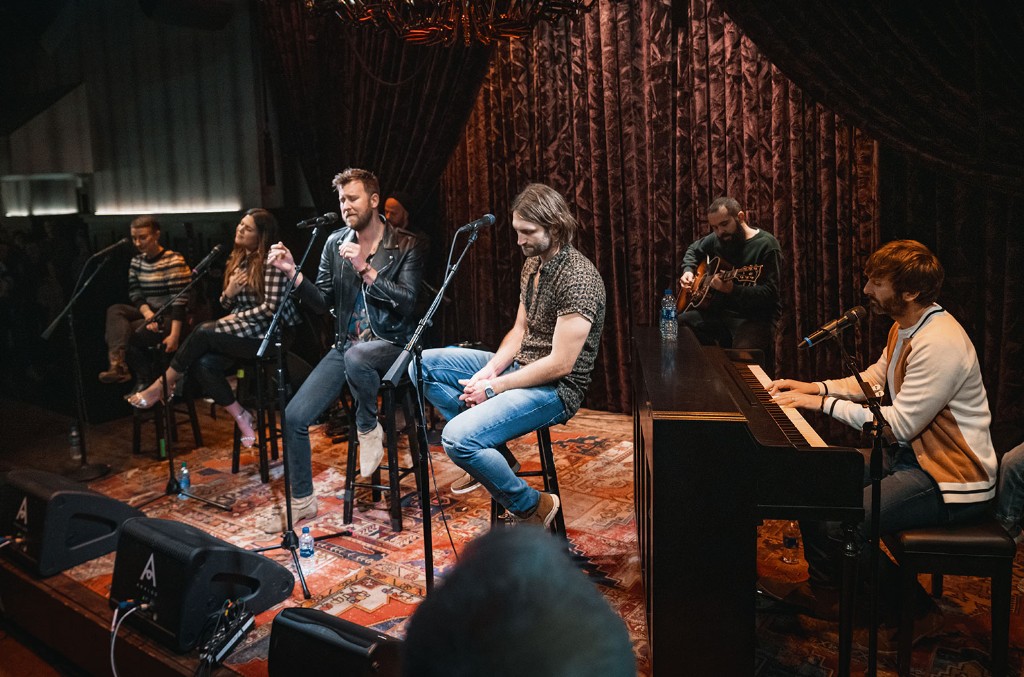