Iran will not go on a weapons “buying spree” after the five-year United Nations arms embargo expired, the foreign ministry said in a statement on Sunday.

Tehran did highlight that it is now able to “procure any necessary arms and equipment from any source without any legal restrictions and solely based on its defensive needs, and may also export defensive armaments based on its own policies.”

However, it added in the statement that “Iran’s defense doctrine is premised on strong reliance on its people and indigenous capabilities… Unconventional arms, weapons of mass destruction and a buying spree of conventional arms have no place in Iran’s defense doctrine. The country’s deterrence stems from native knowledge and capability, as well as our people’s power and resilience.”

The UN arms embargo on Iran expired on Sunday despite US efforts to extend it, giving the regime the freedom to purchase military equipment.

The expiration of the embargo was part of the 2015 nuclear deal among Iran, Russia, China, Germany, Britain, France and the United States that seeks to prevent Tehran from developing nuclear weapons in return for sanctions relief.

After failing to pass a resolution to extend the embargo, the US triggered a “snapback” of all sanctions on Iran. However, 13 out of 15 council members expressed their opposition to a return of all UN sanctions on Tehran because there was no consensus in the body.

The US administration has repeatedly argued that should the embargo fail to be extended, it would strengthen Iran’s capability to further arm its proxies in the region and eventually destabilize the Middle East.

Washington also believes that Iran’s ballistic missile program is used by the regime to further its influence in the region and is not for “peaceful” purposes as Tehran claims.

However, the Iranian regime has repeatedly over the years claimed that its missile program was for “peaceful purposes” and for defense only and refused to even negotiate curbing the program.

Iran’s missiles need to be addressed to curb Tehran’s ambitions in region: Study

If arms embargo on Iran isn’t extended, Tehran will arm its proxies: US envoy to UN 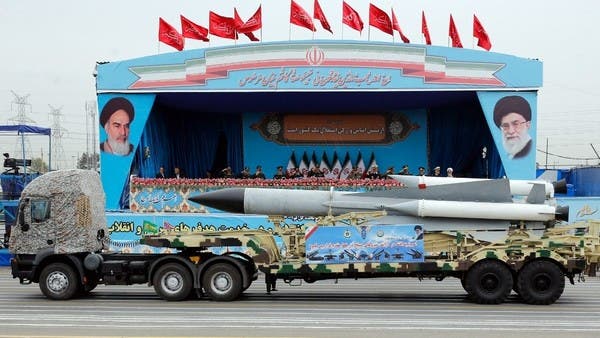